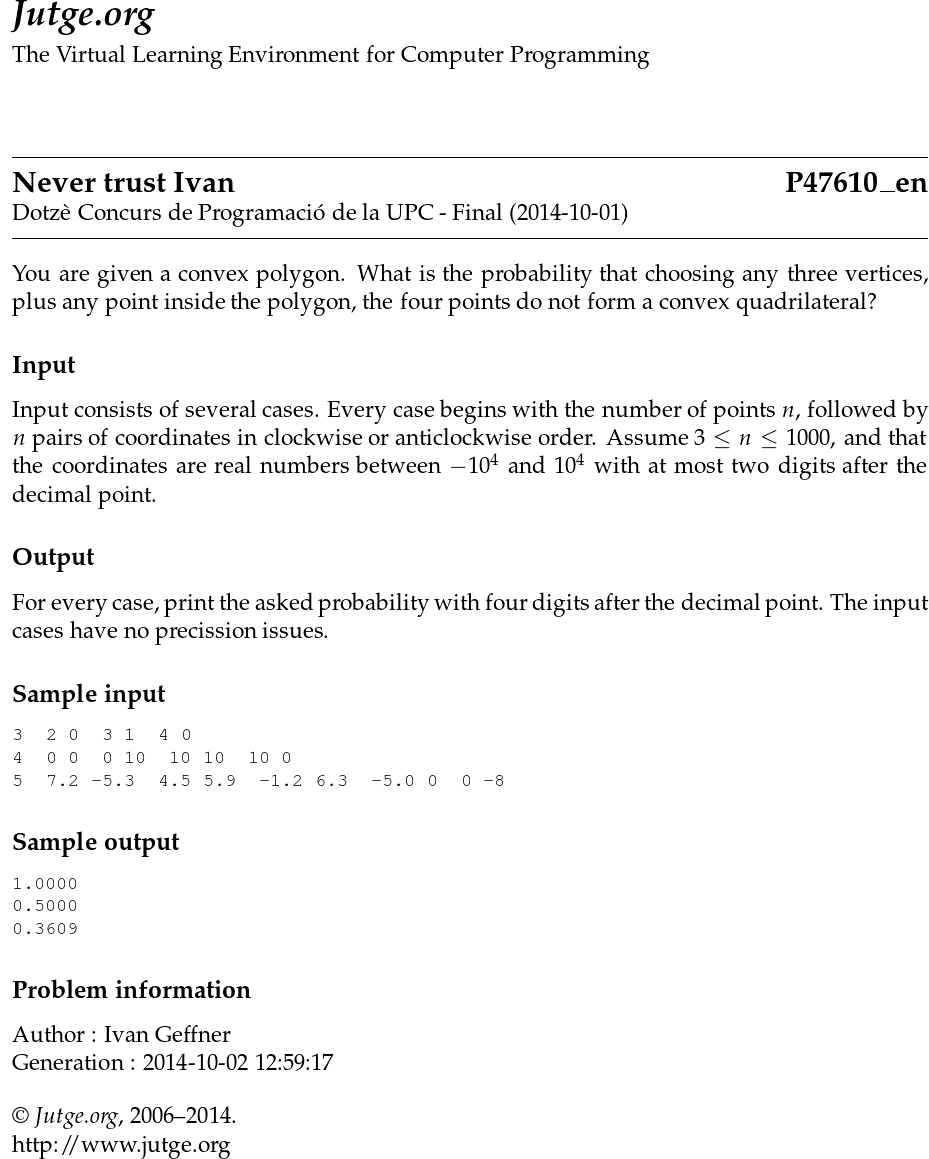 You are given a convex polygon. What is the probability that choosing any three vertices, plus any point inside the polygon, the four points do not form a convex quadrilateral?

Input consists of several cases. Every case begins with the number of points n, followed by n pairs of coordinates in clockwise or anticlockwise order. Assume 3 ≤ n ≤ 1000, and that the coordinates are real numbers between −104 and 104 with at most two digits after the decimal point.

For every case, print the asked probability with four digits after the decimal point. The input cases have no precission issues.