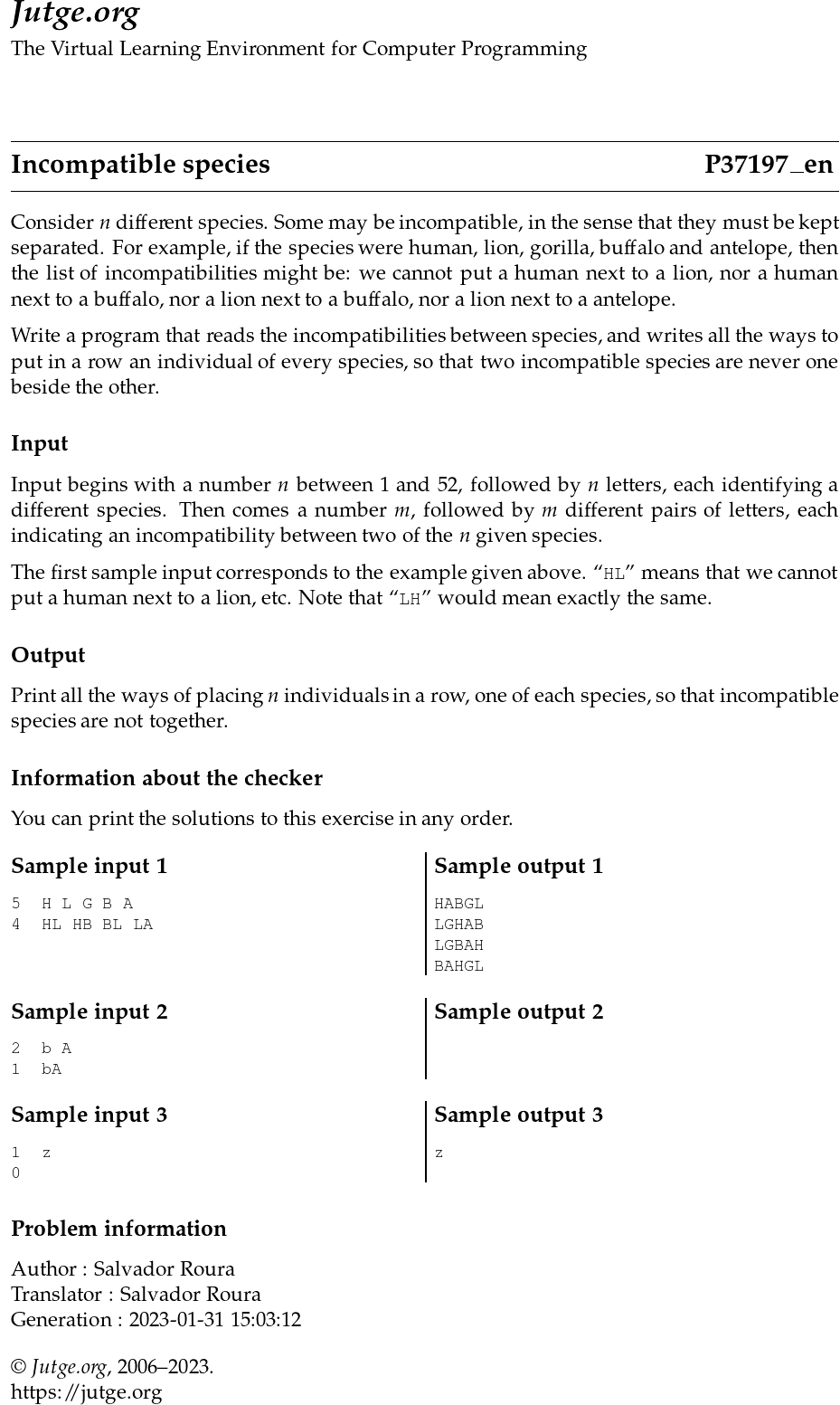 Write a program that reads the incompatibilities between species, and writes all the ways to put in a row an individual of every species, so that two incompatible species are never one beside the other.

The first sample input corresponds to the example given above. “HL” means that we cannot put a human next to a lion, etc. Note that “LH” would mean exactly the same.

Print all the ways of placing n individuals in a row, one of each species, so that incompatible species are not together.

Information about the checker

You can print the solutions to this exercise in any order.