Because of network maintenance, Jutge.org may be unreachable on the 15th of December around 15:00-15:30 (CET). 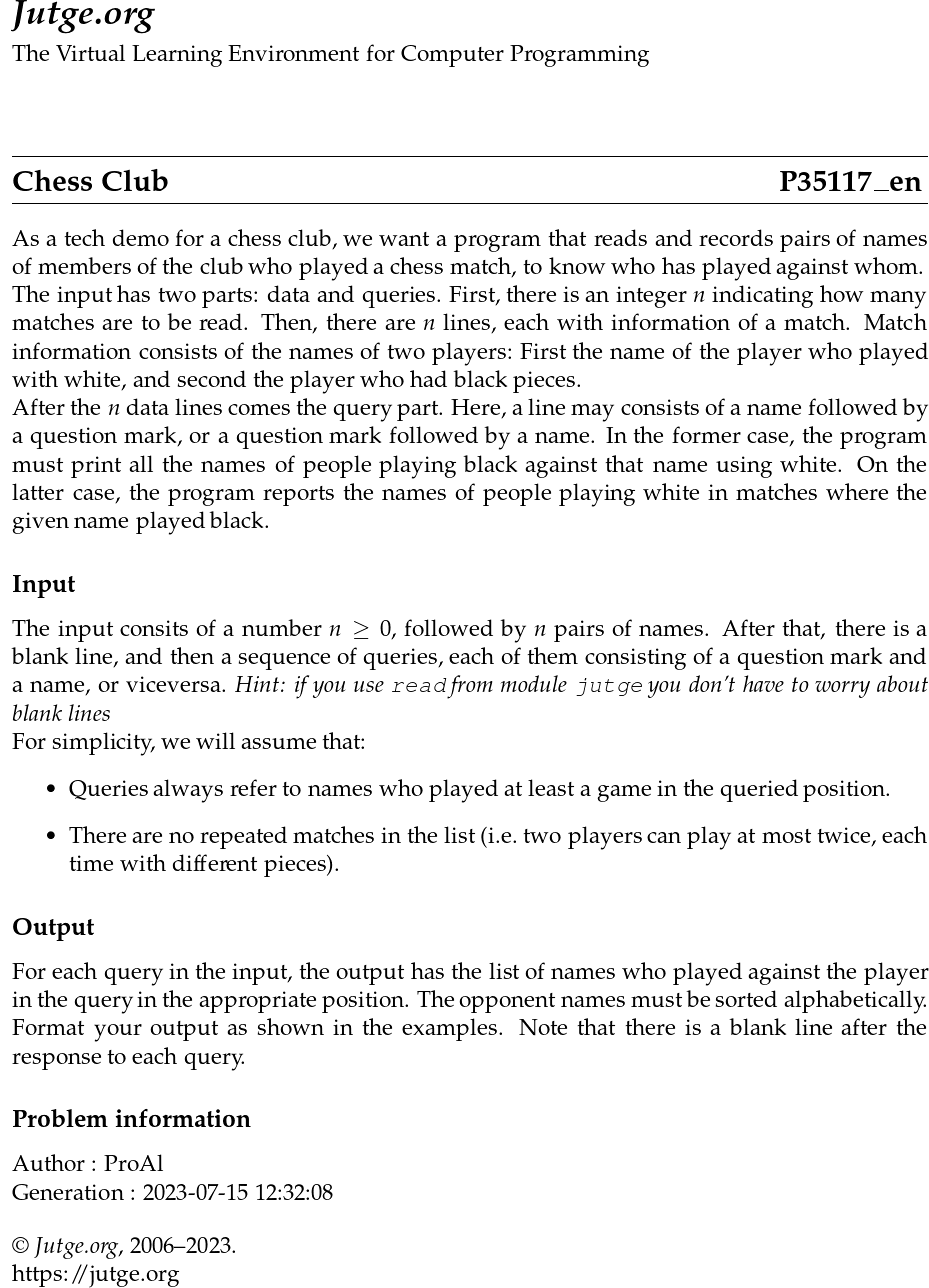 As a tech demo for a chess club, we want a program that reads and records pairs of names of members of the club who played a chess match, to know who has played against whom.

The input has two parts: data and queries. First, there is an integer n indicating how many matches are to be read. Then, there are n lines, each with information of a match. Match information consists of the names of two players: First the name of the player who played with white, and second the player who had black pieces.

After the n data lines comes the query part. Here, a line may consists of a name followed by a question mark, or a question mark followed by a name. In the former case, the program must print all the names of people playing black against that name using white. On the latter case, the program reports the names of people playing white in matches where the given name played black.

Input The input consits of a number n≥0, followed by n pairs of names. After that, there is a blank line, and then a sequence of queries, each of them consisting of a question mark and a name, or viceversa. Hint: if you use read from module jutge you don’t have to worry about blank lines

For simplicity, we will assume that:

Output For each query in the input, the output has the list of names who played against the player in the query in the appropriate position. The opponent names must be sorted alphabetically.

Format your output as shown in the examples. Note that there is a blank line after the response to each query.