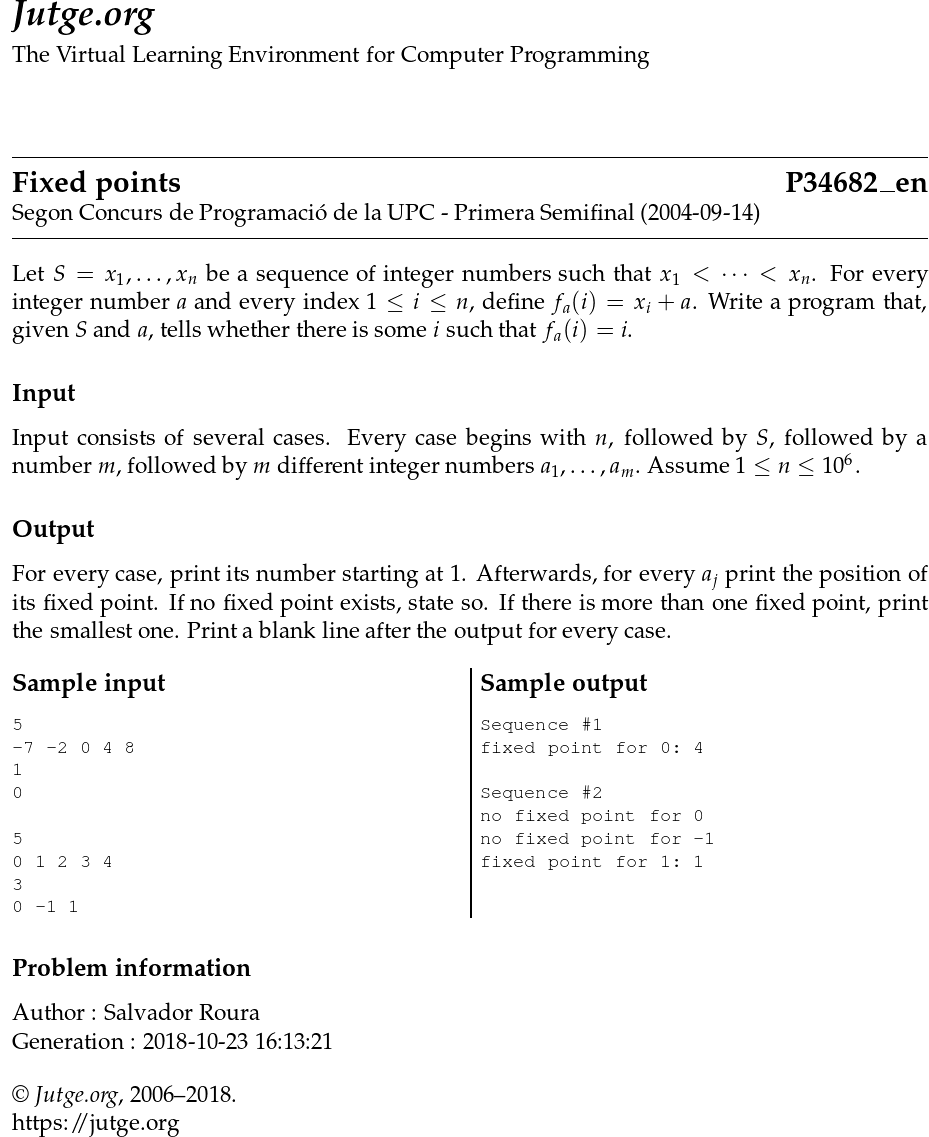 Input consists of several cases. Every case begins with n, followed by S, followed by a number m, followed by m different integer numbers a1, …, am. Assume 1 ≤ n ≤ 106.

For every case, print its number starting at 1. Afterwards, for every aj print the position of its fixed point. If no fixed point exists, state so. If there is more than one fixed point, print the smallest one. Print a blank line after the output for every case.