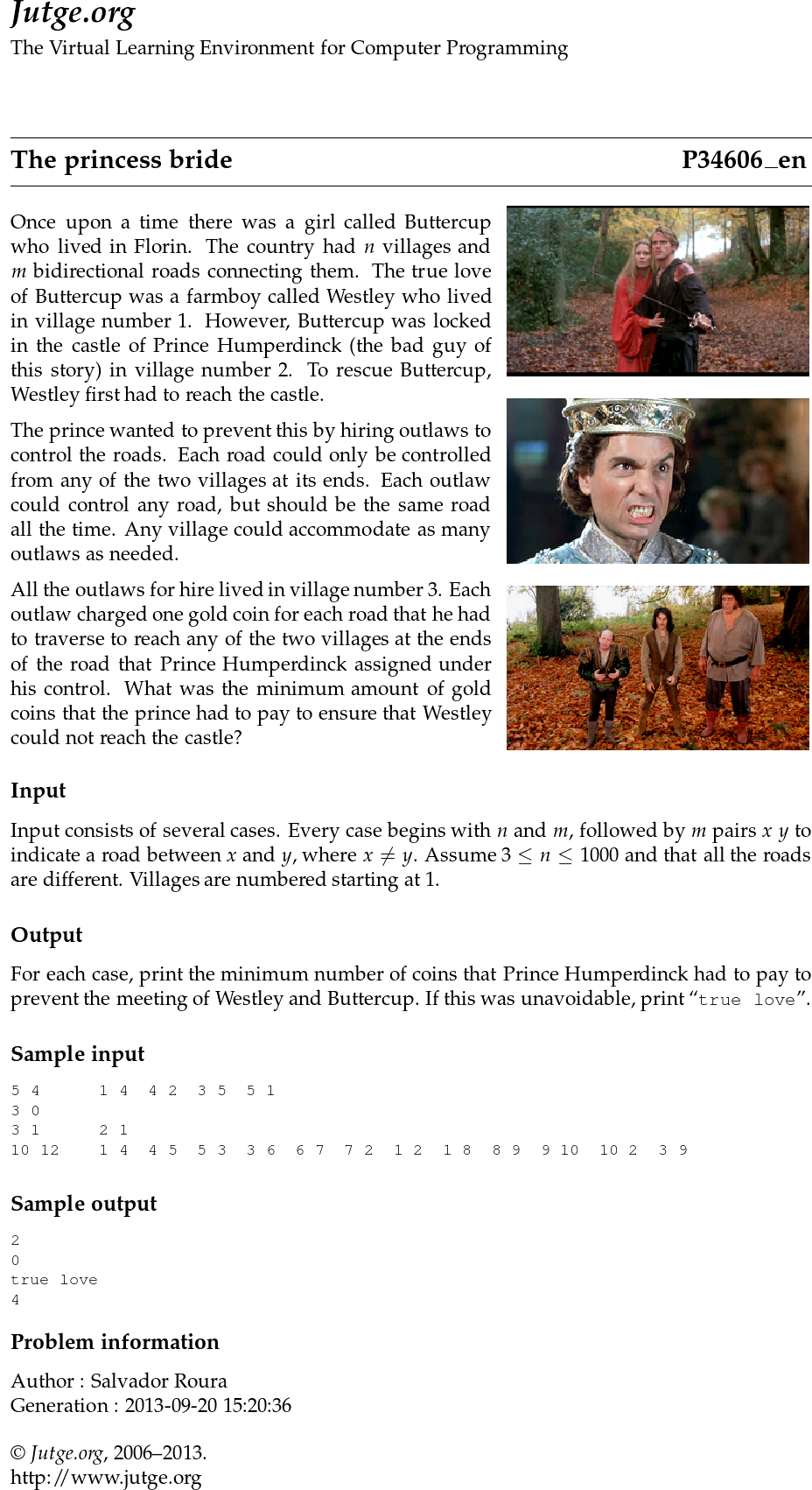 The prince wanted to prevent this by hiring outlaws to control the roads. Each road could only be controlled from any of the two villages at its ends. Each outlaw could control any road, but should be the same road all the time. Any village could accommodate as many outlaws as needed.

All the outlaws for hire lived in village number 3. Each outlaw charged one gold coin for each road that he had to traverse to reach any of the two villages at the ends of the road that Prince Humperdinck assigned under his control. What was the minimum amount of gold coins that the prince had to pay to ensure that Westley could not reach the castle?

Input consists of several cases. Every case begins with n and m, followed by m pairs x y to indicate a road between x and y, where x ≠ y. Assume 3 ≤ n ≤ 1000 and that all the roads are different. Villages are numbered starting at 1.

For each case, print the minimum number of coins that Prince Humperdinck had to pay to prevent the meeting of Westley and Buttercup. If this was unavoidable, print “true love”.