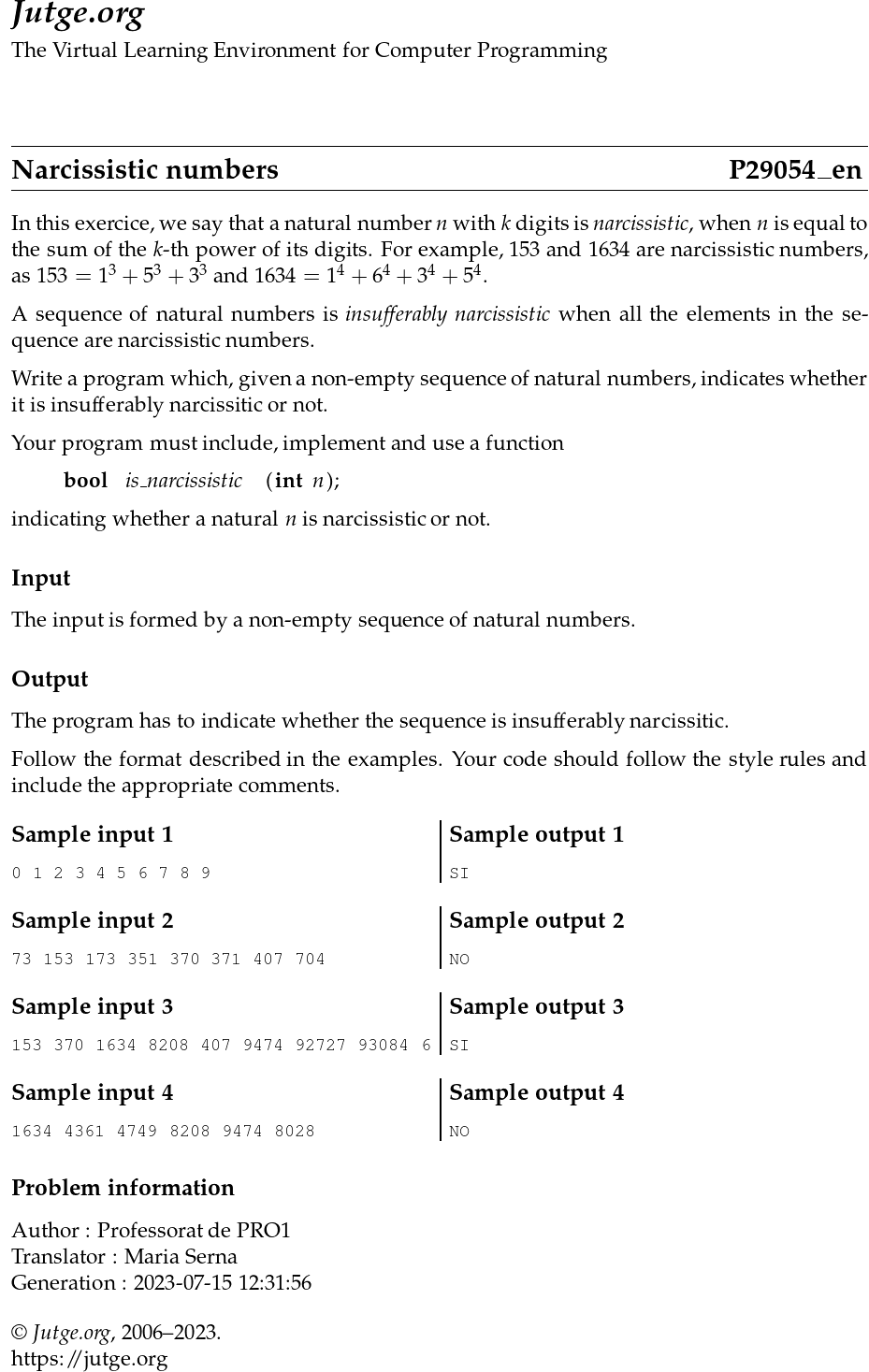 Write a program which, given a non-empty sequence of natural numbers, indicates whether it is insufferably narcissitic or not.

Your program must include, implement and use a function

indicating whether a natural n is narcissistic or not.

The input is formed by a non-empty sequence of natural numbers.

The program has to indicate whether the sequence is insufferably narcissitic.

Follow the format described in the examples. Your code should follow the style rules and include the appropriate comments.