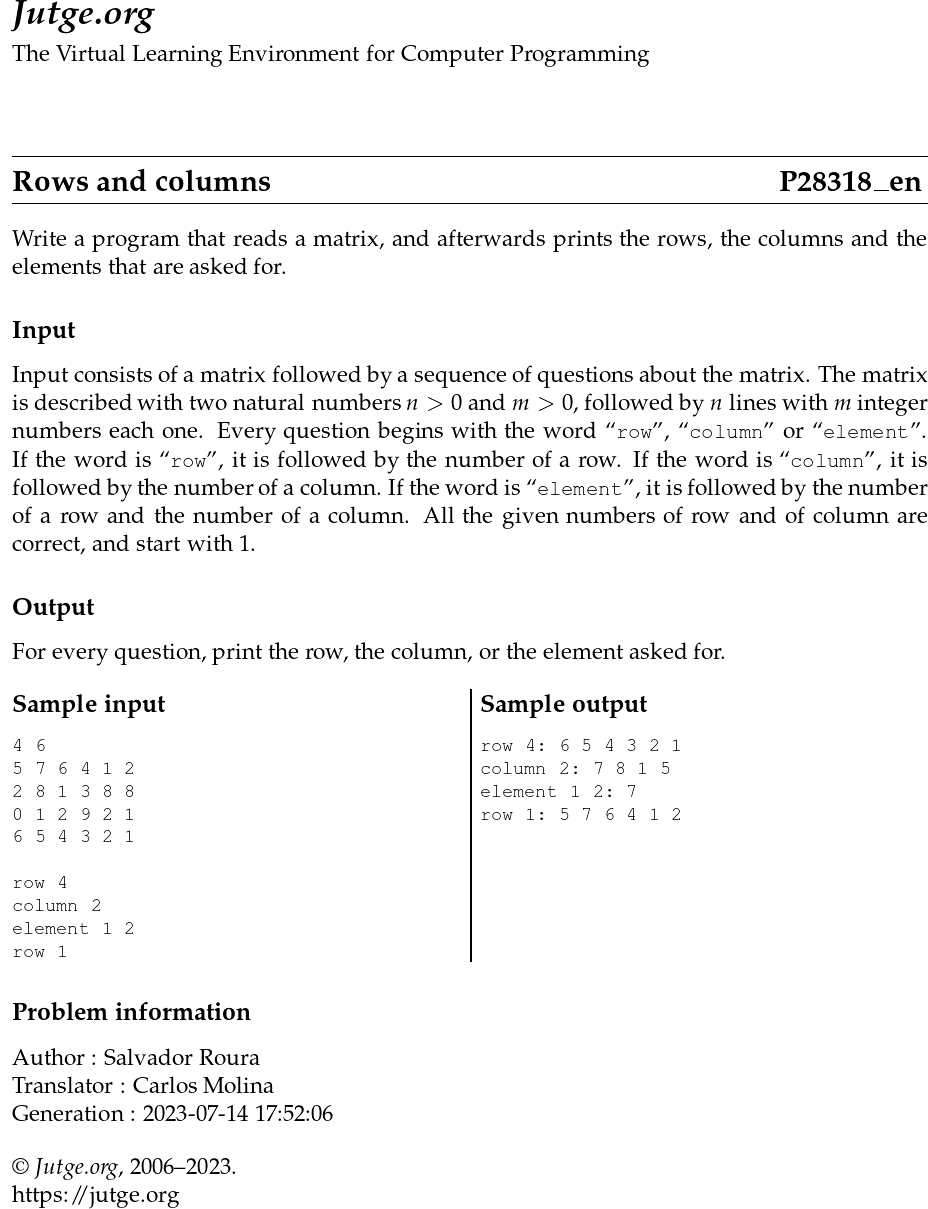 Write a program that reads a matrix, and afterwards prints the rows, the columns and the elements that are asked for.

For every question, print the row, the column, or the element asked for.