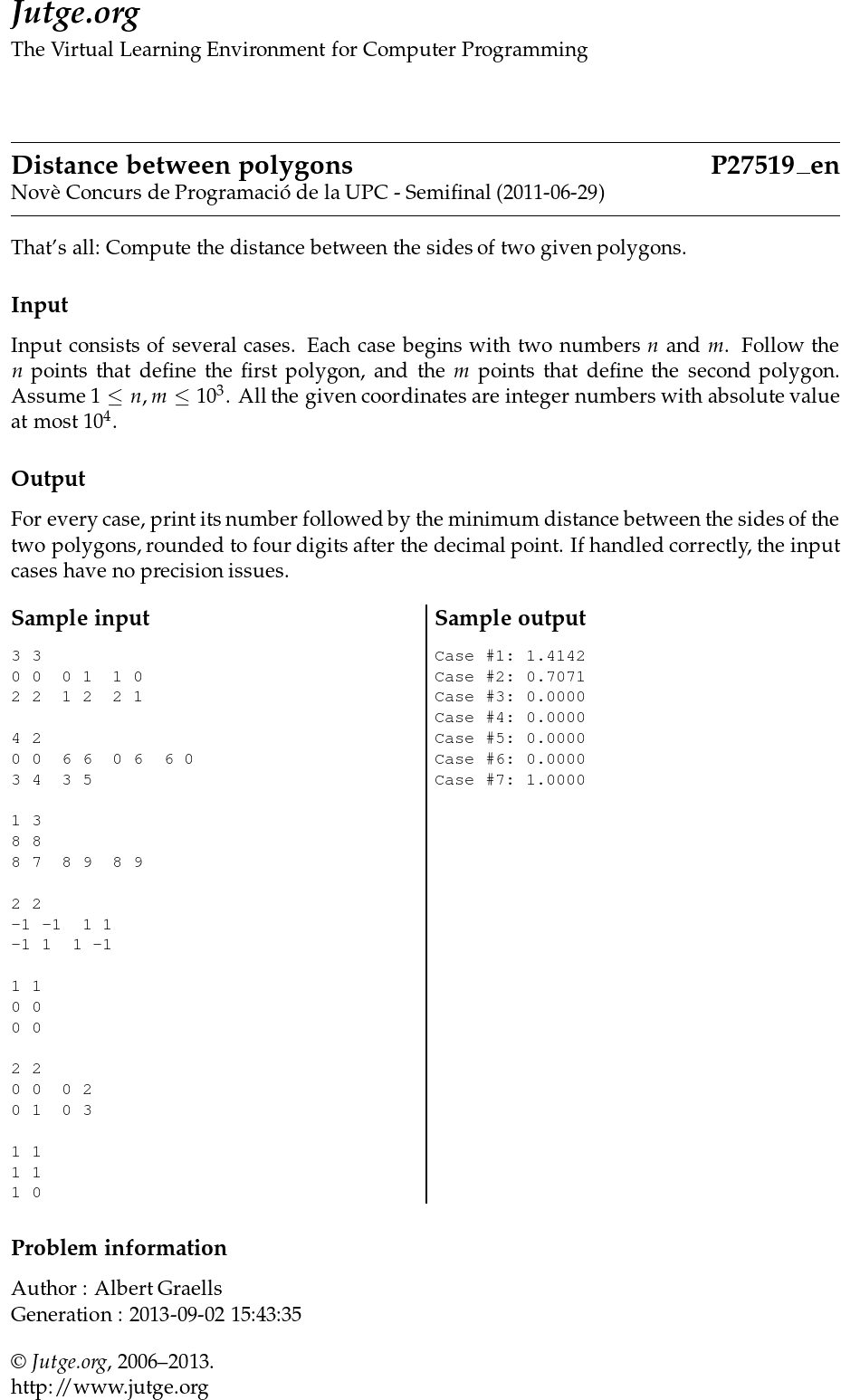 That’s all: Compute the distance between the sides of two given polygons.

For every case, print its number followed by the minimum distance between the sides of the two polygons, rounded to four digits after the decimal point. If handled correctly, the input cases have no precision issues.