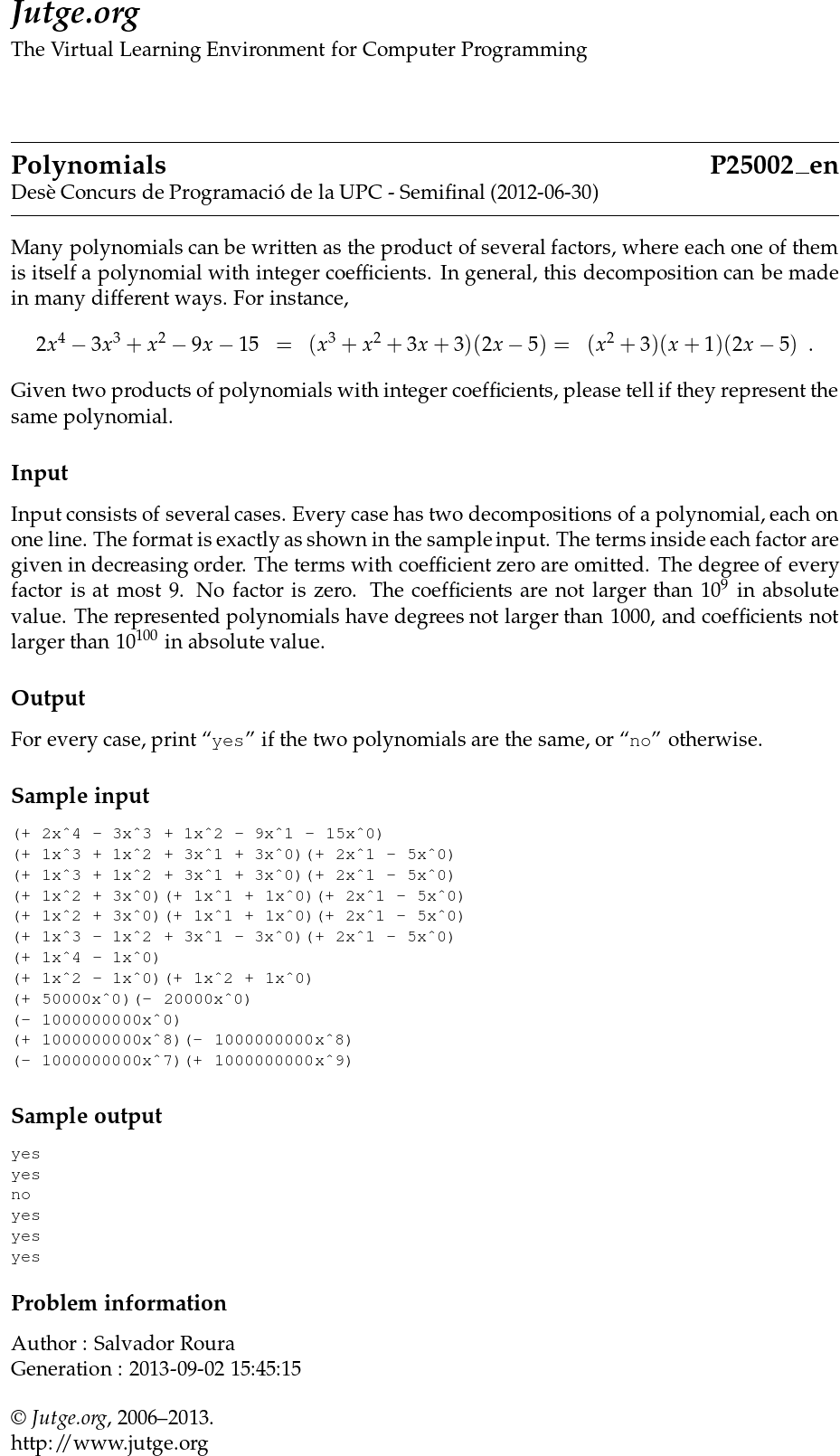 Many polynomials can be written as the product of several factors, where each one of them is itself a polynomial with integer coefficients. In general, this decomposition can be made in many different ways. For instance,

Given two products of polynomials with integer coefficients, please tell if they represent the same polynomial.

For every case, print “yes” if the two polynomials are the same, or “no” otherwise.