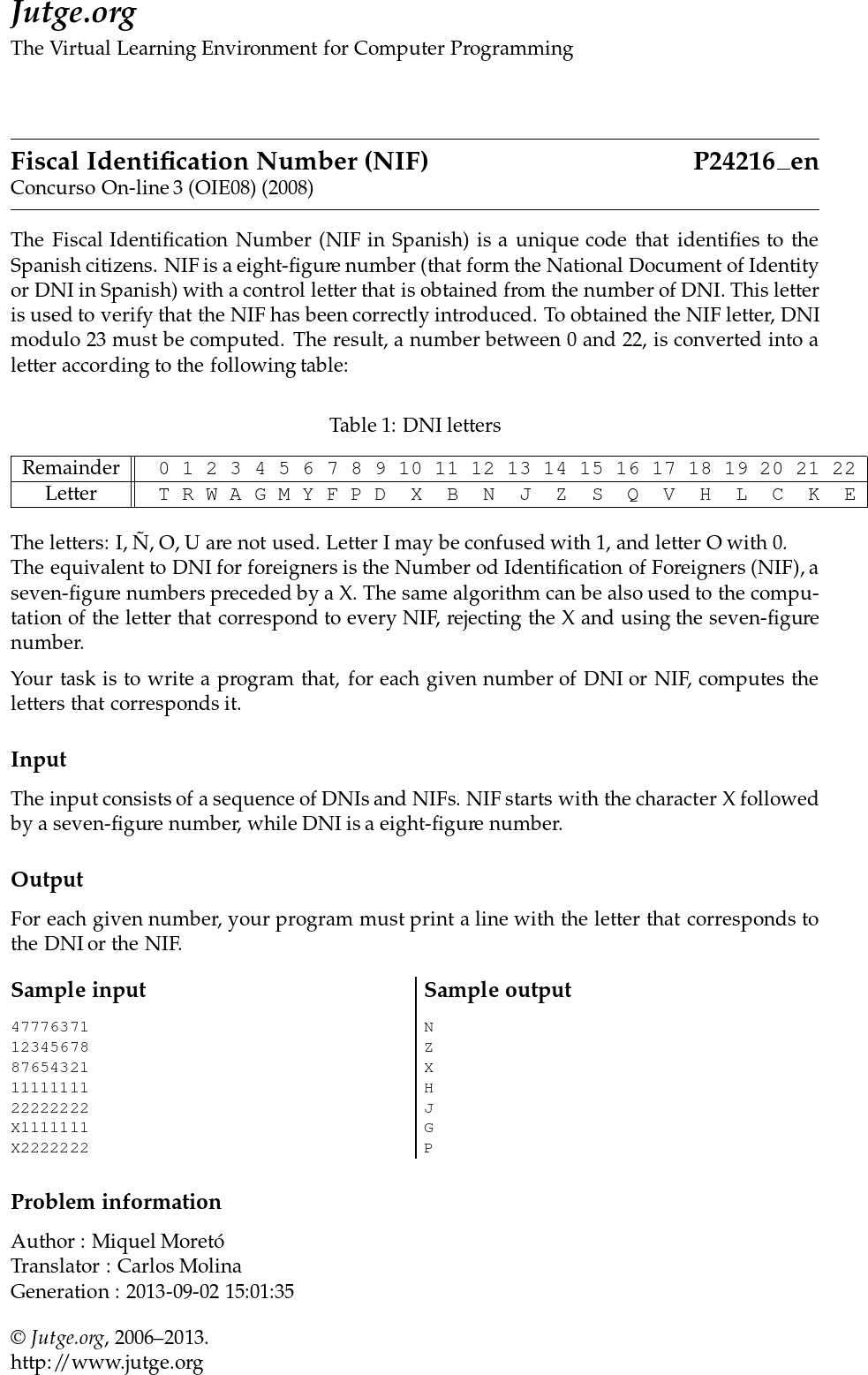 The Fiscal Identification Number (NIF in Spanish) is a unique code that identifies to the Spanish citizens. NIF is a eight-figure number (that form the National Document of Identity or DNI in Spanish) with a control letter that is obtained from the number of DNI. This letter is used to verify that the NIF has been correctly introduced. To obtained the NIF letter, DNI modulo 23 must be computed. The result, a number between 0 and 22, is converted into a letter according to the following table:

The equivalent to DNI for foreigners is the Number od Identification of Foreigners (NIF), a seven-figure numbers preceded by a X. The same algorithm can be also used to the computation of the letter that correspond to every NIF, rejecting the X and using the seven-figure number.

Your task is to write a program that, for each given number of DNI or NIF, computes the letters that corresponds it.

The input consists of a sequence of DNIs and NIFs. NIF starts with the character X followed by a seven-figure number, while DNI is a eight-figure number.

For each given number, your program must print a line with the letter that corresponds to the DNI or the NIF.