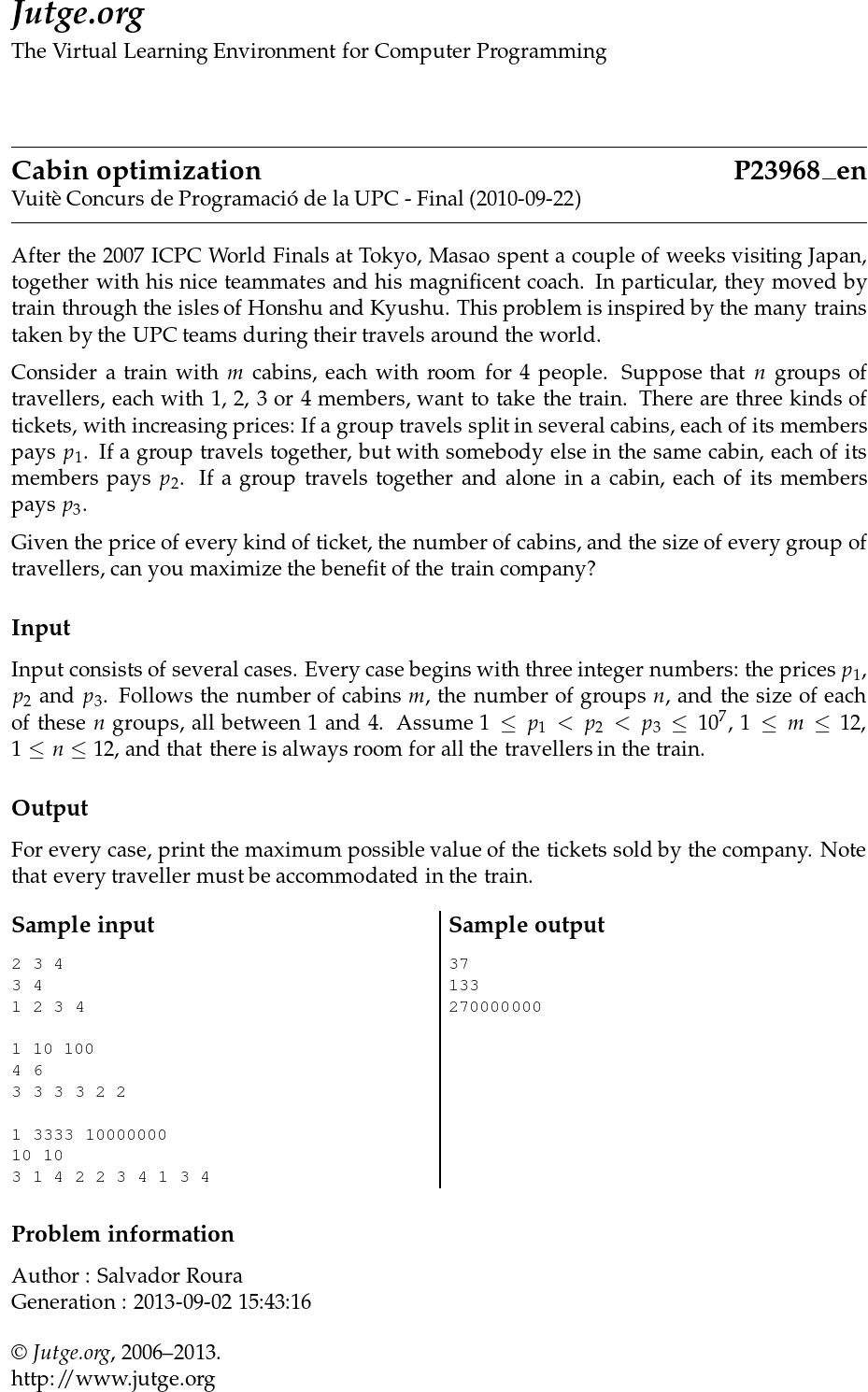 After the 2007 ICPC World Finals at Tokyo, Masao spent a couple of weeks visiting Japan, together with his nice teammates and his magnificent coach. In particular, they moved by train through the isles of Honshu and Kyushu. This problem is inspired by the many trains taken by the UPC teams during their travels around the world.

Given the price of every kind of ticket, the number of cabins, and the size of every group of travellers, can you maximize the benefit of the train company?

For every case, print the maximum possible value of the tickets sold by the company. Note that every traveller must be accommodated in the train.