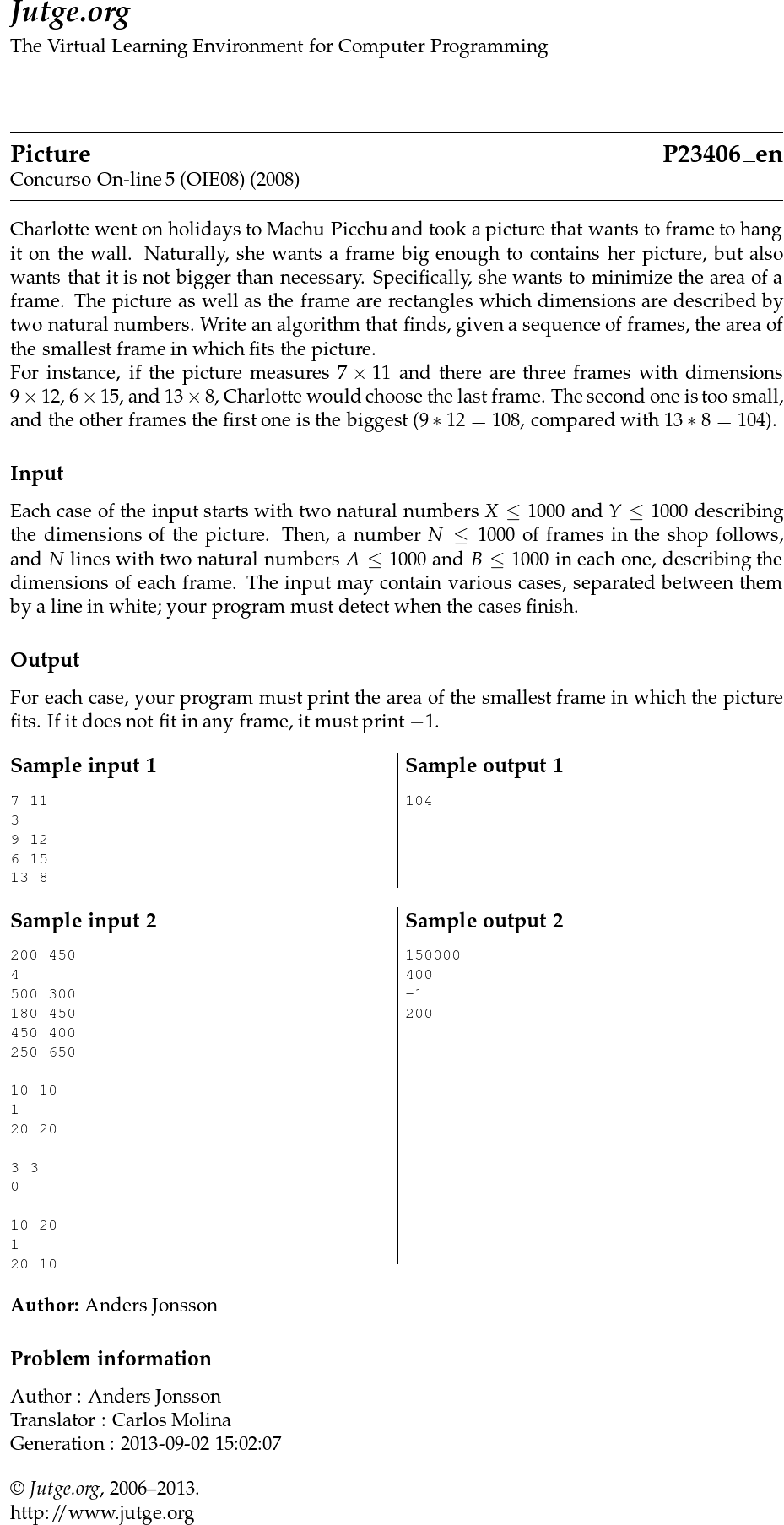 Charlotte went on holidays to Machu Picchu and took a picture that wants to frame to hang it on the wall. Naturally, she wants a frame big enough to contains her picture, but also wants that it is not bigger than necessary. Specifically, she wants to minimize the area of a frame. The picture as well as the frame are rectangles which dimensions are described by two natural numbers. Write an algorithm that finds, given a sequence of frames, the area of the smallest frame in which fits the picture.

Each case of the input starts with two natural numbers X ≤ 1000 and Y ≤ 1000 describing the dimensions of the picture. Then, a number N ≤ 1000 of frames in the shop follows, and N lines with two natural numbers A ≤ 1000 and B ≤ 1000 in each one, describing the dimensions of each frame. The input may contain various cases, separated between them by a line in white; your program must detect when the cases finish.

For each case, your program must print the area of the smallest frame in which the picture fits. If it does not fit in any frame, it must print −1.