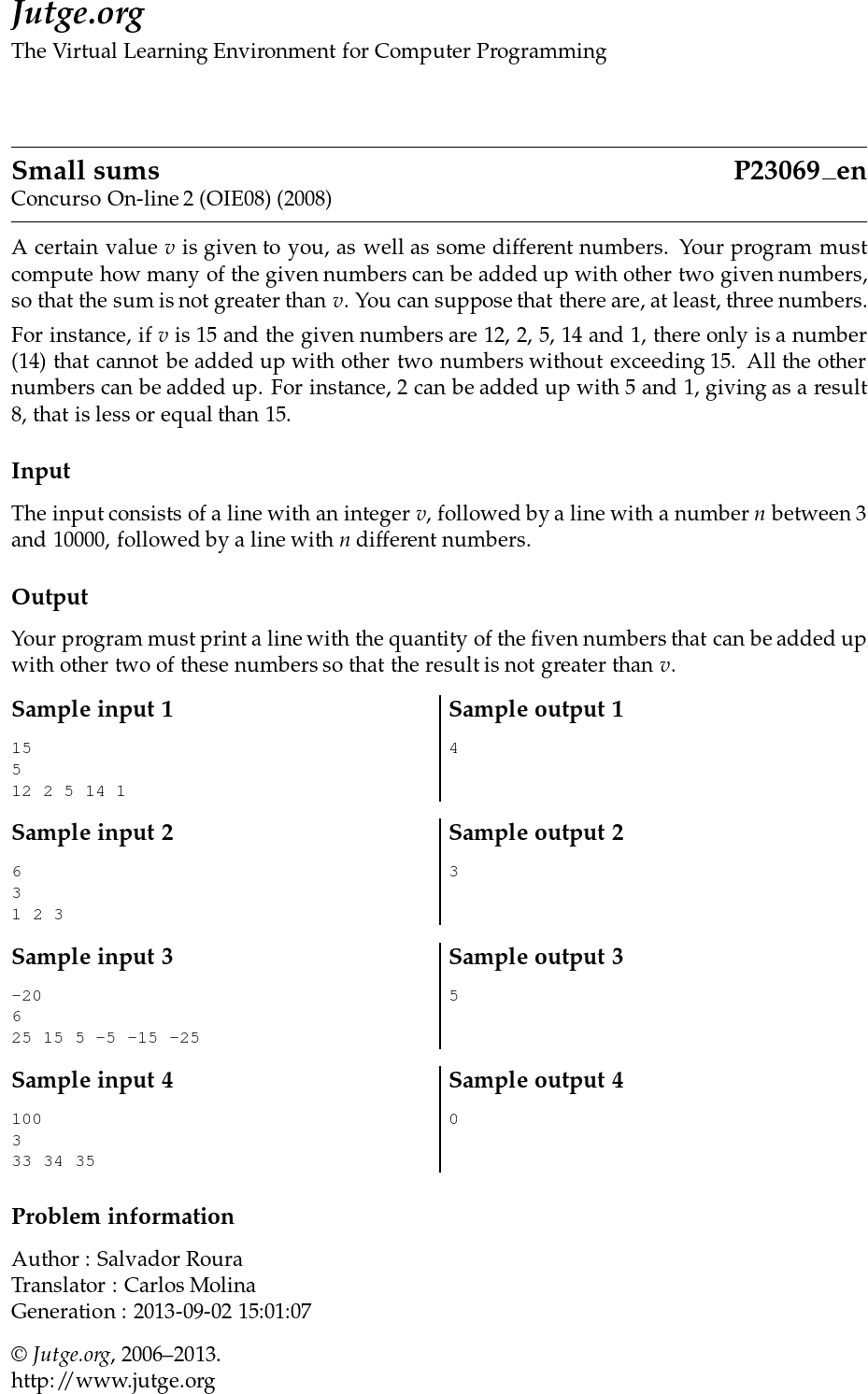 A certain value v is given to you, as well as some different numbers. Your program must compute how many of the given numbers can be added up with other two given numbers, so that the sum is not greater than v. You can suppose that there are, at least, three numbers.

Your program must print a line with the quantity of the fiven numbers that can be added up with other two of these numbers so that the result is not greater than v.