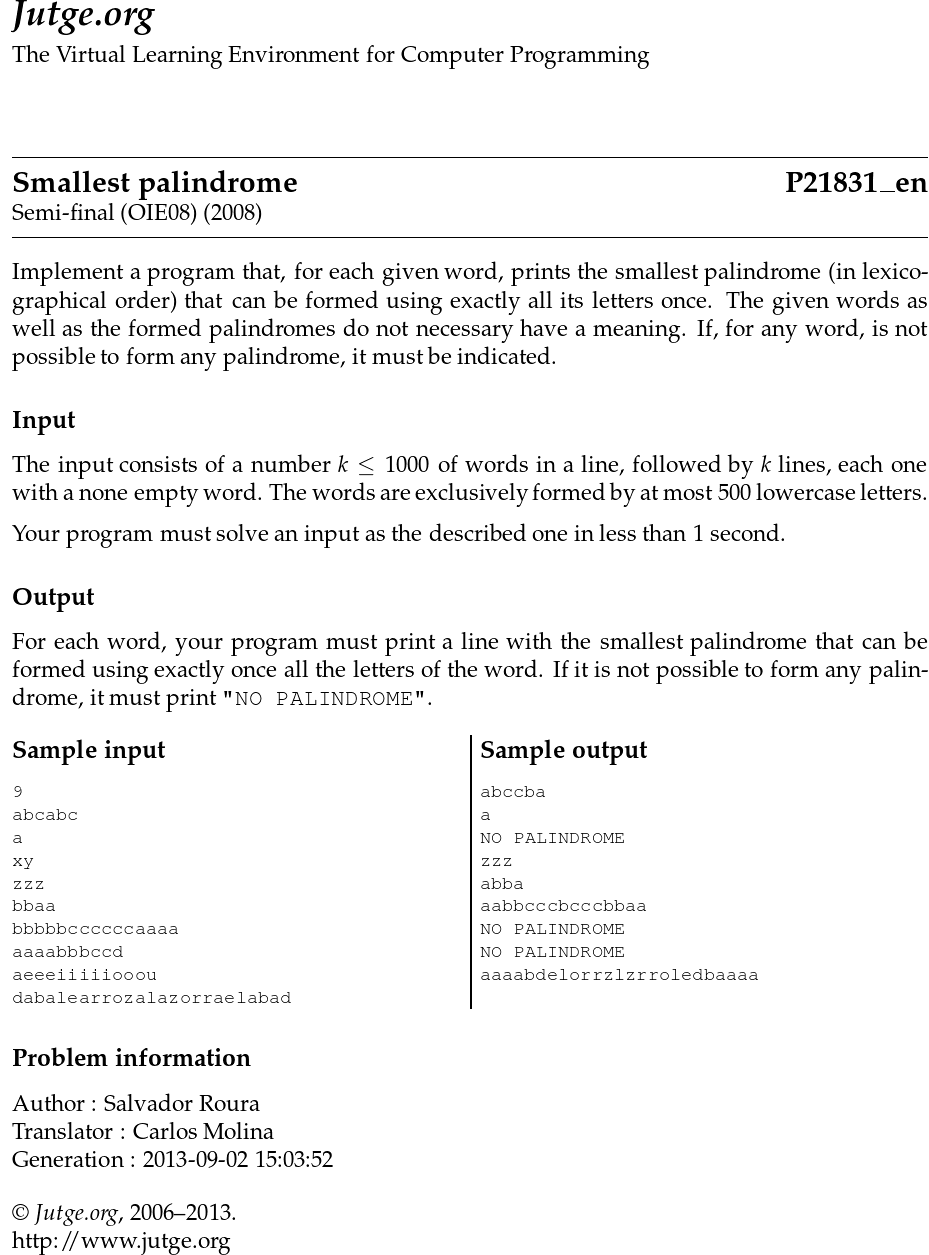 Implement a program that, for each given word, prints the smallest palindrome (in lexicographical order) that can be formed using exactly all its letters once. The given words as well as the formed palindromes do not necessary have a meaning. If, for any word, is not possible to form any palindrome, it must be indicated.

The input consists of a number k≤ 1000 of words in a line, followed by k lines, each one with a none empty word. The words are exclusively formed by at most 500 lowercase letters.

Your program must solve an input as the described one in less than 1 second.

For each word, your program must print a line with the smallest palindrome that can be formed using exactly once all the letters of the word. If it is not possible to form any palindrome, it must print "NO PALINDROME".