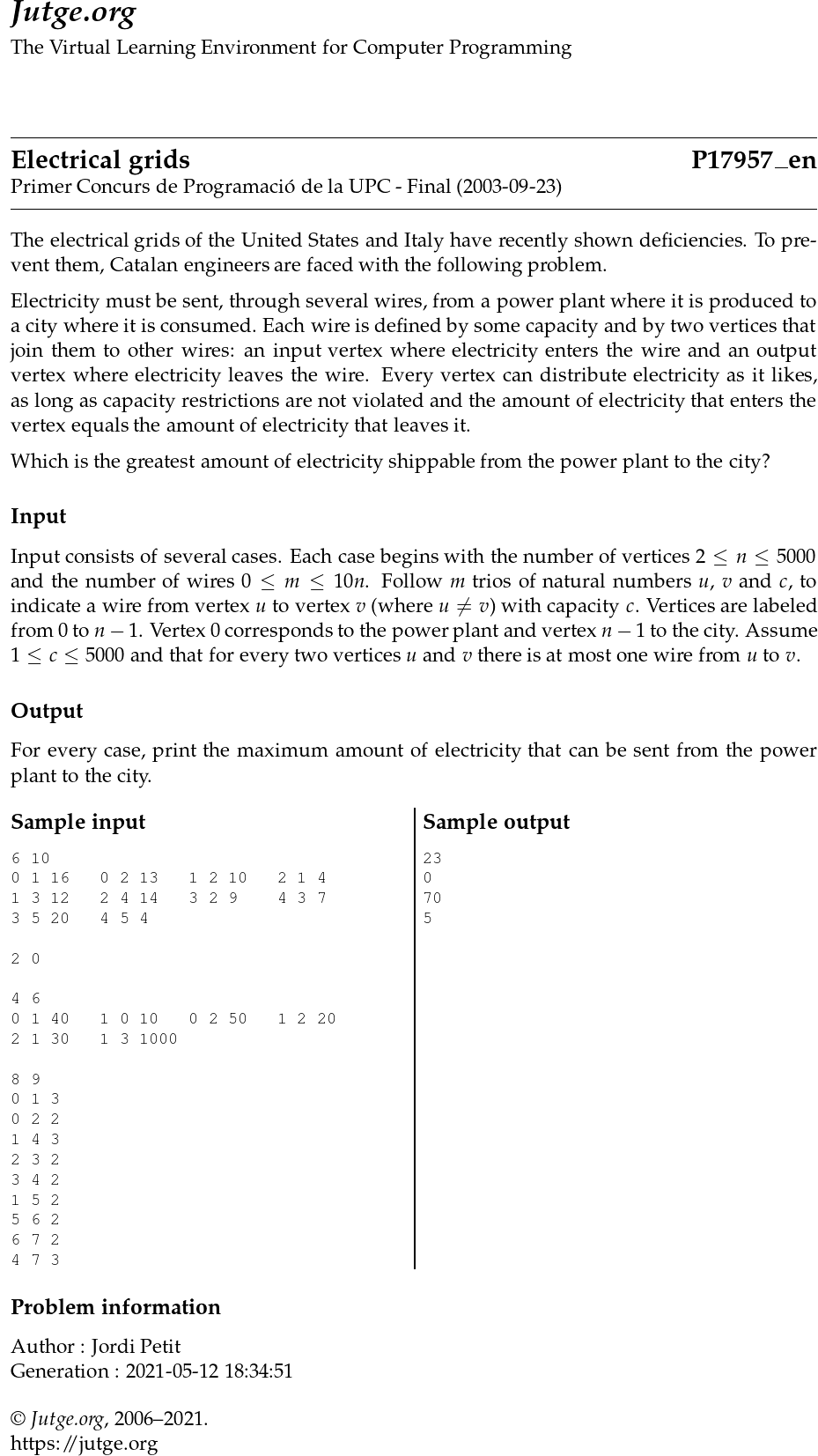 The electrical grids of the United States and Italy have recently shown deficiencies. To prevent them, Catalan engineers are faced with the following problem.

Which is the greatest amount of electricity shippable from the power plant to the city?

Input consists of several cases. Each case begins with the number of vertices 2 ≤ n ≤ 5000 and the number of wires 0 ≤ m ≤ 10n. Follow m trios of natural numbers u, v and c, to indicate a wire from vertex u to vertex v (where u ≠ v) with capacity c. Vertices are labeled from 0 to n−1. Vertex 0 corresponds to the power plant and vertex n−1 to the city. Assume 1 ≤ c ≤ 5000 and that for every two vertices u and v there is at most one wire from u to v.

For every case, print the maximum amount of electricity that can be sent from the power plant to the city.