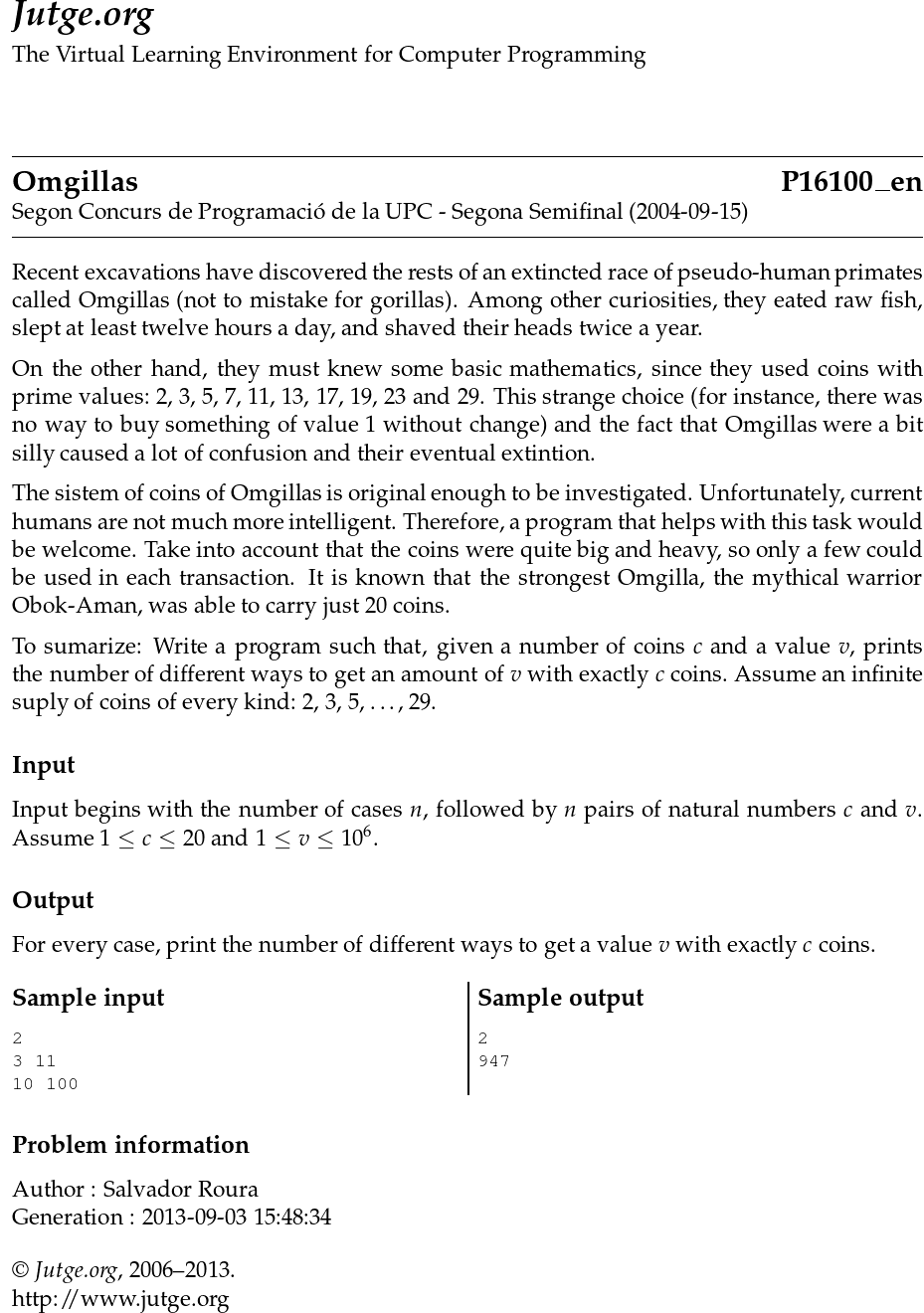 Recent excavations have discovered the rests of an extincted race of pseudo-human primates called Omgillas (not to mistake for gorillas). Among other curiosities, they eated raw fish, slept at least twelve hours a day, and shaved their heads twice a year.

On the other hand, they must knew some basic mathematics, since they used coins with prime values: 2, 3, 5, 7, 11, 13, 17, 19, 23 and 29. This strange choice (for instance, there was no way to buy something of value 1 without change) and the fact that Omgillas were a bit silly caused a lot of confusion and their eventual extintion.

The sistem of coins of Omgillas is original enough to be investigated. Unfortunately, current humans are not much more intelligent. Therefore, a program that helps with this task would be welcome. Take into account that the coins were quite big and heavy, so only a few could be used in each transaction. It is known that the strongest Omgilla, the mythical warrior Obok-Aman, was able to carry just 20 coins.

To sumarize: Write a program such that, given a number of coins c and a value v, prints the number of different ways to get an amount of v with exactly c coins. Assume an infinite suply of coins of every kind: 2, 3, 5, …, 29.

For every case, print the number of different ways to get a value v with exactly c coins.