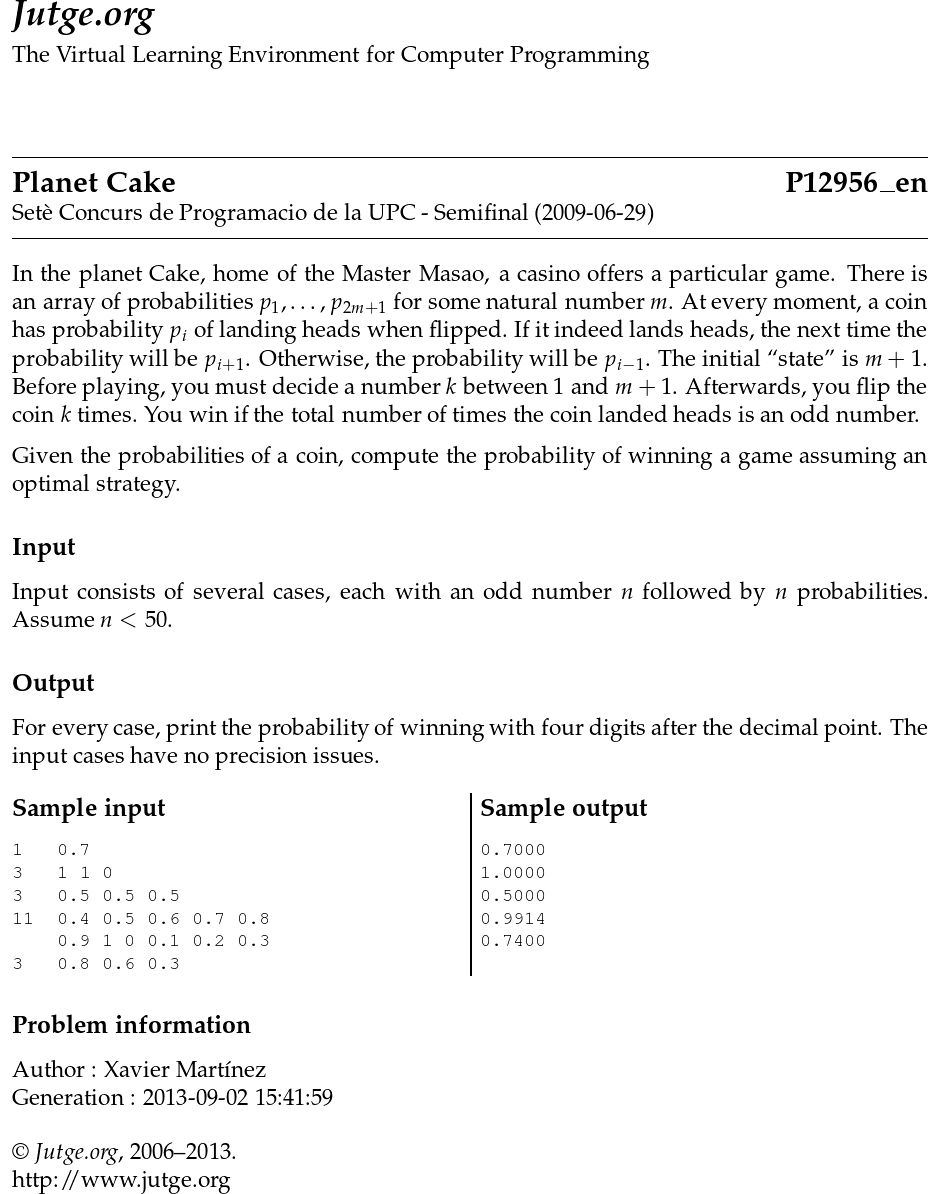 In the planet Cake, home of the Master Masao, a casino offers a particular game. There is an array of probabilities p1, …, p2m+1 for some natural number m. At every moment, a coin has probability pi of landing heads when flipped. If it indeed lands heads, the next time the probability will be pi+1. Otherwise, the probability will be pi−1. The initial “state” is m+1. Before playing, you must decide a number k between 1 and m+1. Afterwards, you flip the coin k times. You win if the total number of times the coin landed heads is an odd number.

For every case, print the probability of winning with four digits after the decimal point. The input cases have no precision issues.