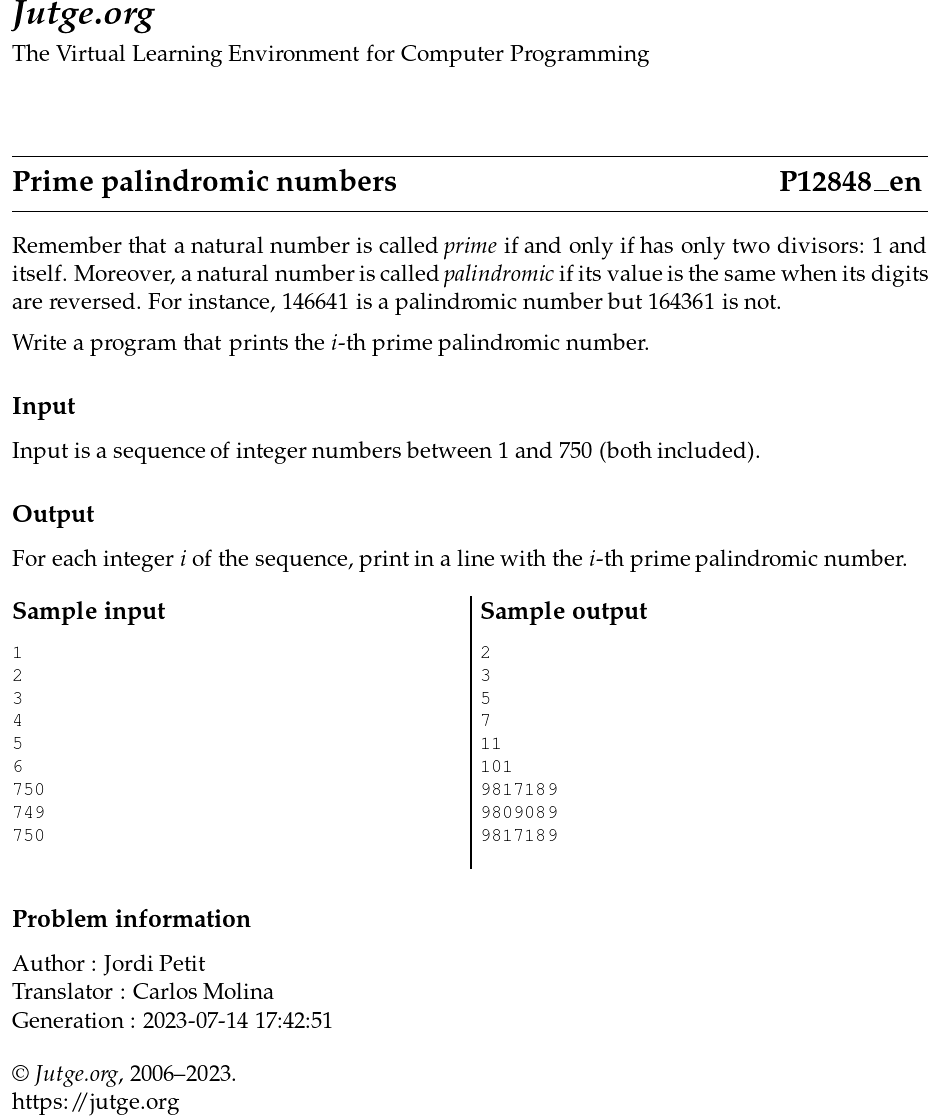 Write a program that prints the i-th prime palindromic number.

Input is a sequence of integer numbers between 1 and 750 (both included).

For each integer i of the sequence, print in a line with the i-th prime palindromic number.