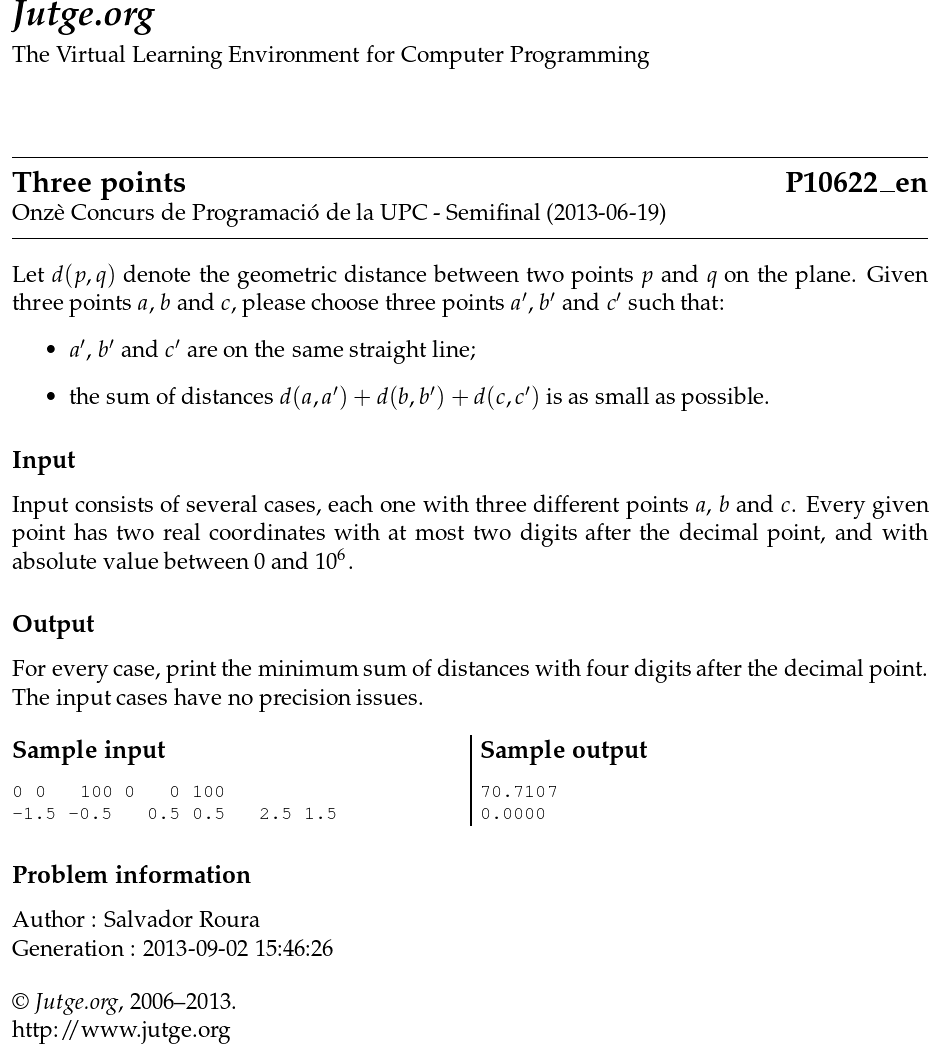 Input consists of several cases, each one with three different points a, b and c. Every given point has two real coordinates with at most two digits after the decimal point, and with absolute value between 0 and 106.

For every case, print the minimum sum of distances with four digits after the decimal point. The input cases have no precision issues.